Is that book worth reading?

You’ve chased a suspect through the dark streets of your hometown when he finally stops. You know he’s got nothing left because your own heartbeat is thumping a Metallica concert in your head after a ten-minute foot pursuit.

The guy slides his hand into his pocket, and your finger tenses on the trigger of your service weapon but you don’t apply the five pounds of pressure needed to pull it (twelve if you’re NYPD).

It’s Clock vs. Cop again. You’ll need 0.6 seconds to pull the trigger, but you’re waiting to know for sure that the suspect is about to kill you. Your own delay could kill you, you’re going to be down the reaction time, but you still can’t drop him until you know.

You want to shout “Show me your hands” but your training cuts in. “Keep your hand in your pocket!” you yell, fighting to keep the authority in your voice and the fear out. Ordering hands out could invite a swift draw and a dead cop.

The suspect fumbles with something in his pocket and you shout, “Don’t move!”

He doesn’t comply. His hand slides out of his pocket. You have no more time but you still can’t do it until you see a gun, possibly the last thing you will see.

The streetlight reflects off something shiny—a knife? Still deadly; he can close the twenty-foot gap between you in 2.1 seconds, and you won’t get a second shot off before he’s on you. You already know the first shot is not guaranteed to drop him. Last year you saw a crack addict rip the Taser prongs out of his chest and take three center mass before he fell.

The object’s square; you see a flash of red. Marlboros.

The dude needs a smoke. He’s high on weed, his girlfriend’s thrown him out again, and he’s about to go to jail. You waited and saved a life. Tomorrow the same wait could kill you, a civilian mother of three, or the officer who helped you build your deck last summer.

This post isn’t about whether cops make the right decisions when they choose to pull or not pull a trigger. That’s bigger than a blog post. This post is about getting the reader into the head of their protagonist, assuming that in crime fiction, most protagonists are cops, detectives, PIs or kick-ass MEs or CSU techs.

The top writers—Patterson (whatever your thoughts on JP, he’s still one of the most prolific and successful authors out there), Connelly, Reichs, James, Flynn—are all skilled at connecting characters and readers via loss, journey, survival and triumph.

You can see the blood, taste the fear, smell the corpse (okay, okay I’ll move on, I was running out of tropes anyway), and share the satisfaction of that final takedown.

Whether injustice is viewed from a train, a window, or a space-bound Tesla, the great authors have you ride along with their protagonist, through their internal and physical battles, darkest hours, and light-bulb discoveries.

But as authors we have to do even more (and the many superb ones do). We have to put your finger on the trigger when your gun isn’t aimed at a clear threat and give you a second to decide. To go beyond “Show me your hands” and force you to override your instincts and follow your training to avoid a 1.5 second draw that ends your time on this planet with those you love.

Only then is that book worth reading...

Is that book worth reading? 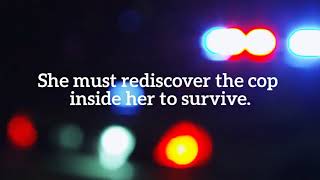